LAND in some of the most beautiful corners of the archipelago have been left idle for up to a decade because private investors won the leases and then did nothing.

With over 140ha of prime land at placid lagoons and glorious beaches left filled with overgrowth, Langkawi Development Authority (Lada) is considering revoking the leases and taking the land back.

Lada chief executive officer Dr Hezri Adnan said these private investors were awarded leases of up to 90 years and the 140ha have been left untouched for up to 10 years.

“It’s in the lease agreements. Lada has the right to take the land back if the investors’ plans are not on track,” he said.

Hezri, who took office in April, said ever since Tun Dr Mahathir Mohamed, who is Langkawi MP, became the Prime Minister, there has been a surge of renewed interest from investors for Langkawi.

“That is to be expected, and our job is now to filter out the real deals from the empty plans,” said Hezri, who was the senior director at the Institute of Strategic and International Studies before his Lada appointment.

Hezri described all the undeveloped prime land deals as “ghosts of yesteryear”, and stressed that Lada will be more stringent in awarding land from now on. An aerial view of Eagle Square Langkawi from the balcony outside the office of Dr Hezri at Lada Complex in Kuah, Langkawi, Kedah. — Photos: G.C. TAN/The Star

“They got the land based on conceptual proposals without the need to show a strong financial standing in their company and their project.

“That will not happen again. We will want companies to detail the financing model of their proposals before awarding land. This ensures only strong investors will get Langkawi land,” he said.

Owners of idle land on the archipelago, he said, will soon be contacted for updates on their project status.

“Lada has only 0.5% of the land in Langkawi, about 930ha. We don’t have much, so if you are not able to turn your proposals into reality, we will take the land back and award it to someone else who can make it work. 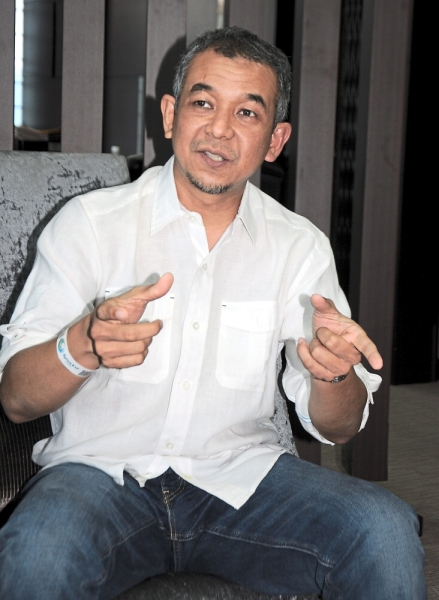 Dr Hezri: Lada will be more stringent in awarding land from now on.

Although RM7.8bil in investments were approved in Langkawi last year, based on planning permissions, he said the archipelago needs more development than resorts and shop houses.

He said a water theme park in Kuah, the main town on Langkawi island, was in the final stages of completion, while Korean investors are now studying the possibility of creating a “wedding in the sky” venue at the top of Gunung Raya.

The peak of Gunung Raya is 881m above sea level. Thailand is visible from there and the temperature seldom climbs higher than 26 degrees Celcius.

“Langkawi has a reputation as a honeymoon destination. We have had wealthy couples from India who booked entire resorts and flew all their relatives and friends here for the wedding.

“So we are looking forward to having a world-class mountaintop wedding venue here,” he said.

He said Lada was also studying proposals for deepsea fishing ventures and sustainable open sea aquaculture ventures that will add diversity to the island’s economy.

Riding Out the Commodities Storm

The Future is Rural, Too